The AUTODROME activity is centered on classic cars, and based on a long-term relationship with those who share our passion. 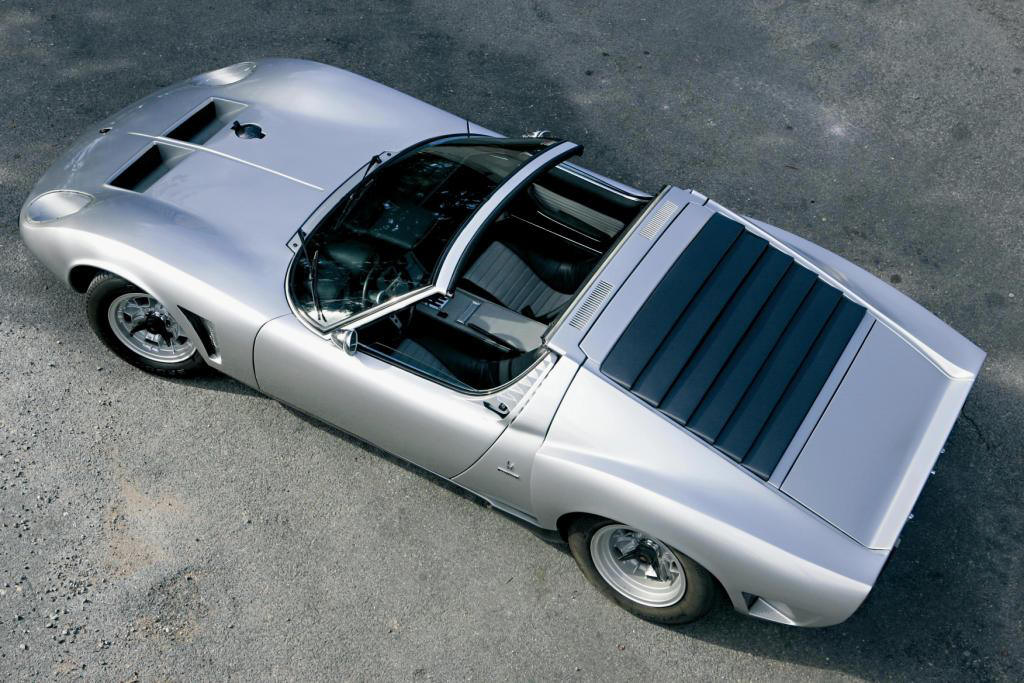 It was in 1993, Claude Levy, with his two brothers Michel and Neldo all three automolbiles enthusiasts creates AUTODROME in Cannes.

They observed, known and loved these extraordinary cars, born of the spirit, know-how and sometimes genius, engineers, famous or anonymous artists and great designers of unforgettable machines and shapes that seem alive.

CD PANHARD 24 hours of Le Mans in 1964, one of the most beautiful cars ever made

If now they spend their time essentially for classic cars, Neldo and Claude Levy are also Architects and passionate automotive style, authors of personal experimental research experts. Their knowledge of the most iconic cars is based on  daily experiences, these past years.

Participate in the adventure of a new brand is also an exciting experience Autodrome noticed the sporting qualities of the brand-MVS Venturi and became distributor for French Riviera. Venturi could well compete with Porsche and even Ferrari GT as perhaps the most exciting sports car of its time. But the brand stumbled today, the history of Venturi continues differently, but the passion is still there, with a speed record ... 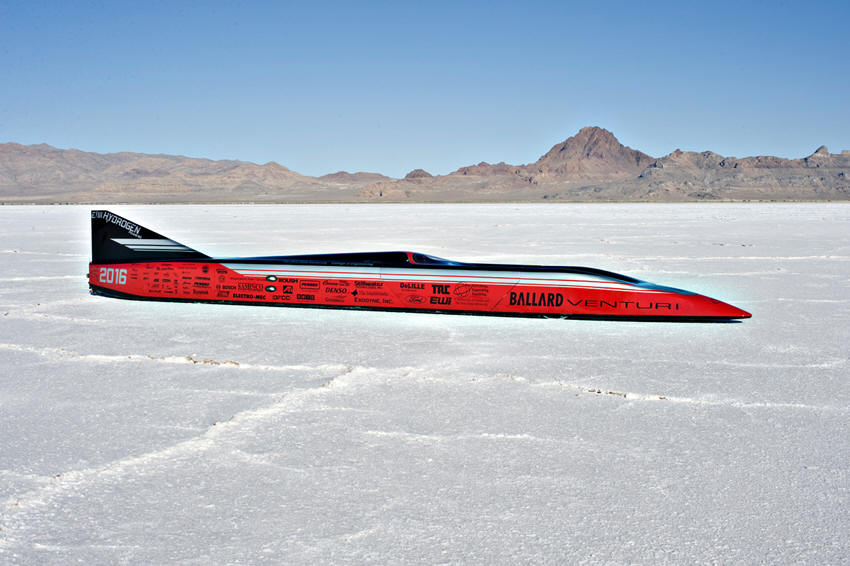 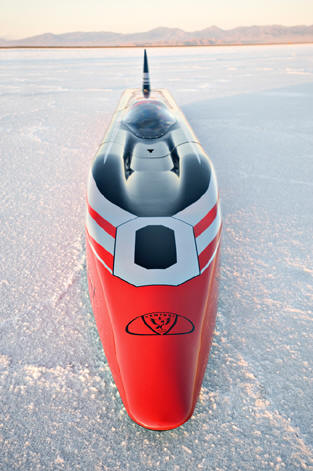 487 km/h for this Venturi powered by electricity

After meeting Horacio Pagani, in 1999, Claude Levy signed,in 2000,  the first contract  Importer of the brand. Hitherto confined to his land of Emilia-Romagna, while the brand took its global expansion with the active contribution of Autodrome and its creator, recognized and respected expert, among others for his outstanding knowledge of modern and classic Ferrari and Lamborghini, but other ultra sports cars roads sometimes little known. 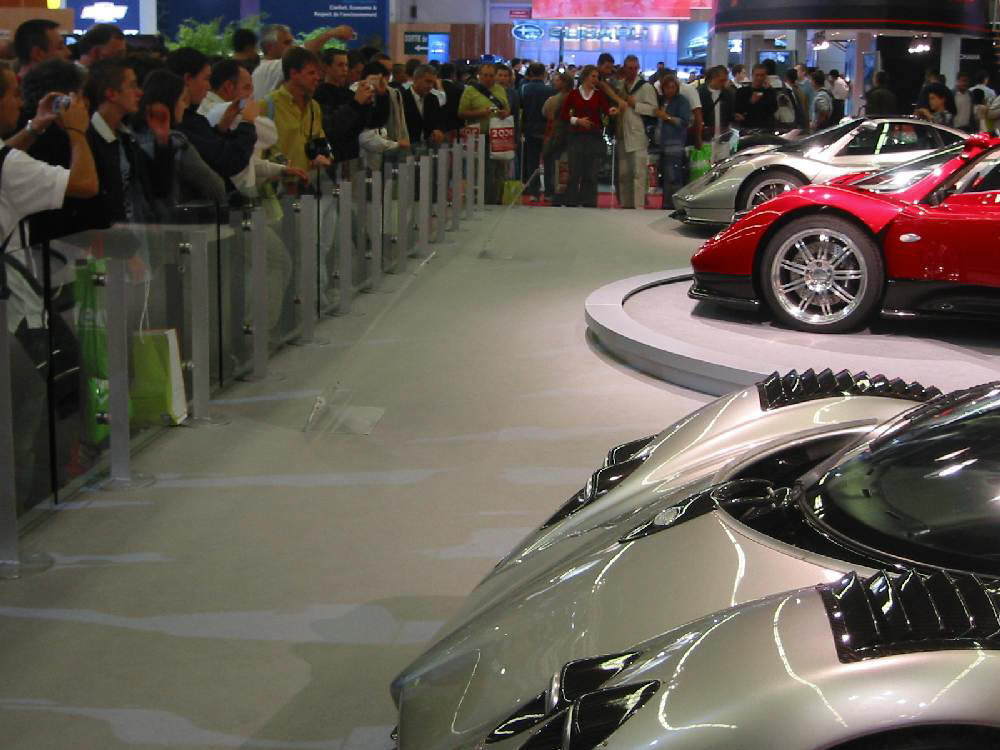 The stand of AUTODROME , the leading distributor of the brand, presents PAGANI at the 2004 Paris Motor Show. Three exceptional cars  delivered to the curiosity of fans. With a million and a half visitors, the "Mondial de l'Autobolie" Motorshow is the largest Auto Show in the world and the largest existing commercial event ..


Claude Levy has always loved Laborghini Diablos, it was notably the first to buy one in France, one of the first built, a "pre-production", it was in 1990, and  its company, Autodrome Cannes, sold also  ... the latest Diablo out of the factory, a beautiful SE "Oro Elios" very limited edition. The car pictured below, is the latest automotive historically delivered by Lamborghini before the start of the era-VW Audi ... Yet it is number 01 of the twenty examples built, as it was the car demonstration exposed in the Motorshows, including the 2001 Geneva. 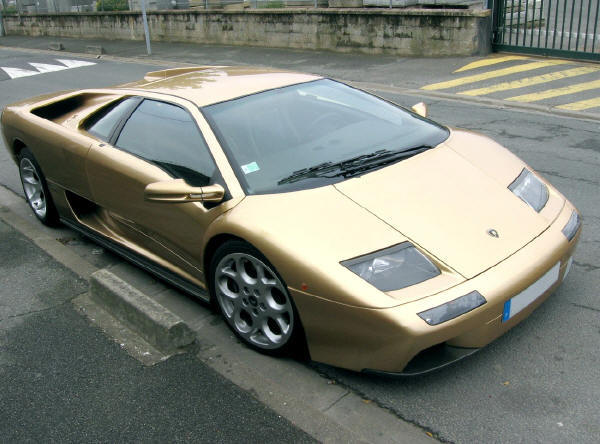 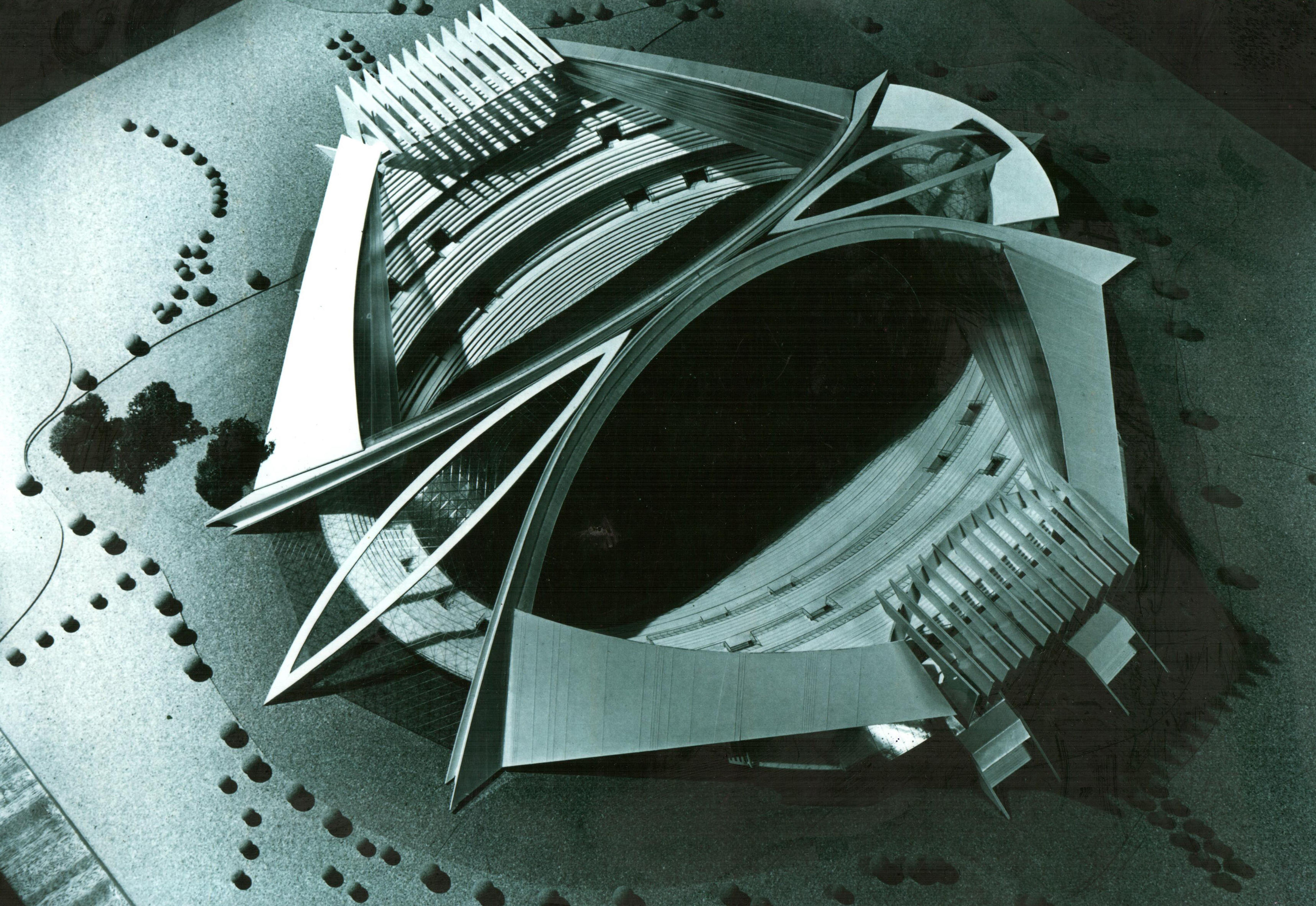 This project designed by Claude Levy, presented for the competition which would become the Palais Omnisport de Paris Bercy, was favorite and selected from the last three in the running, it was unfortunately not selected 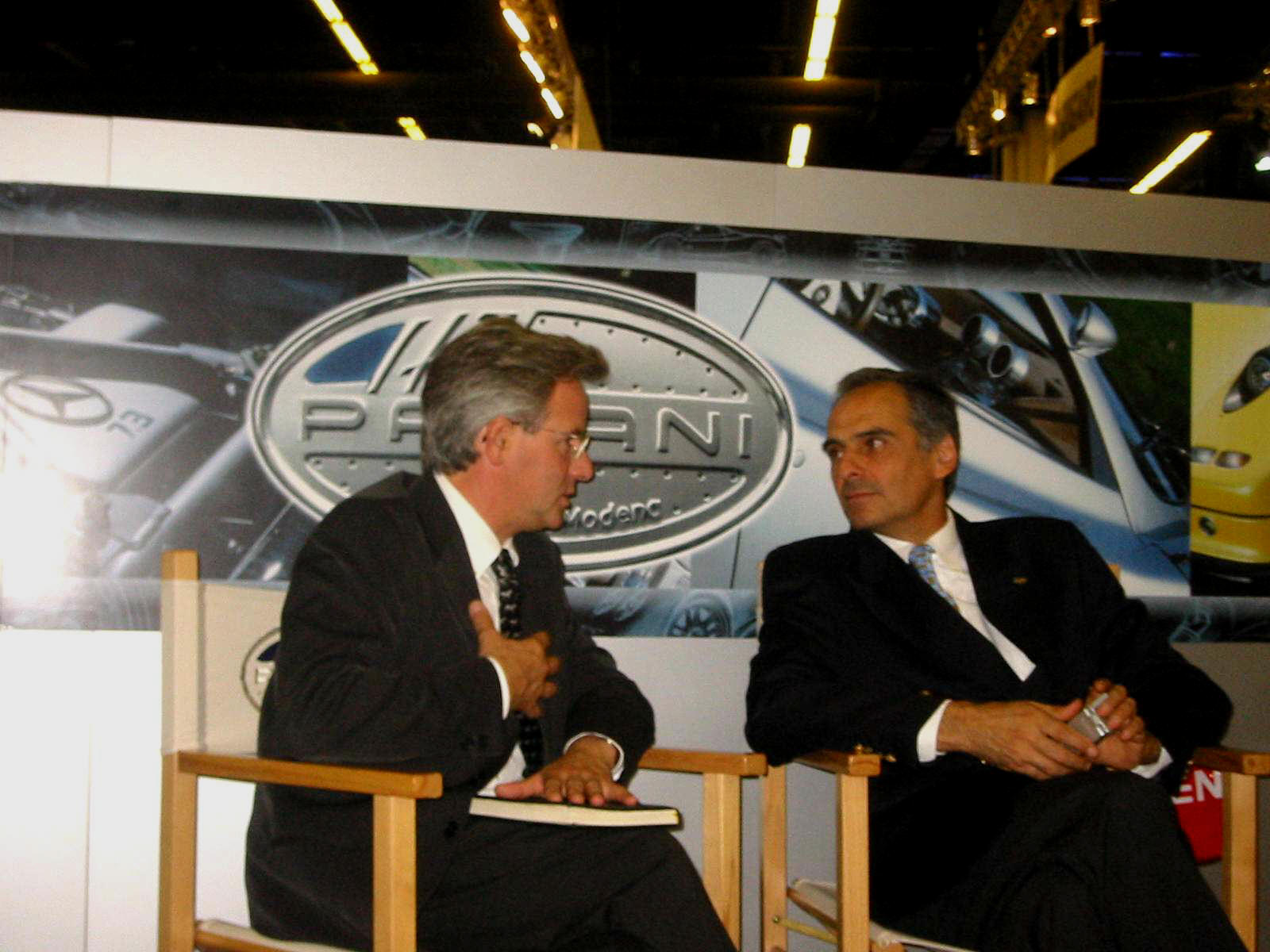 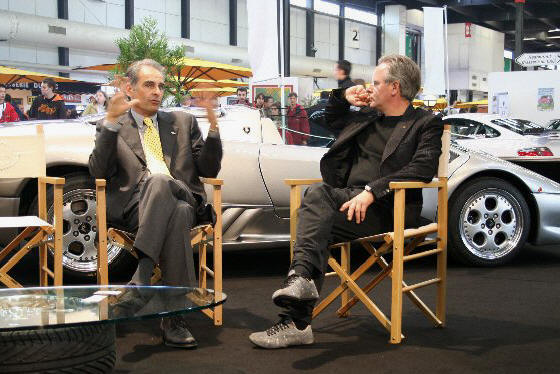 Permanent exchange between Horacio Pagani and Claude Levy, far beyond the commercial, passionate enthusiasm for the ultimate car was shared, the definition and design of an automobile are not so far removed from  Architecture. 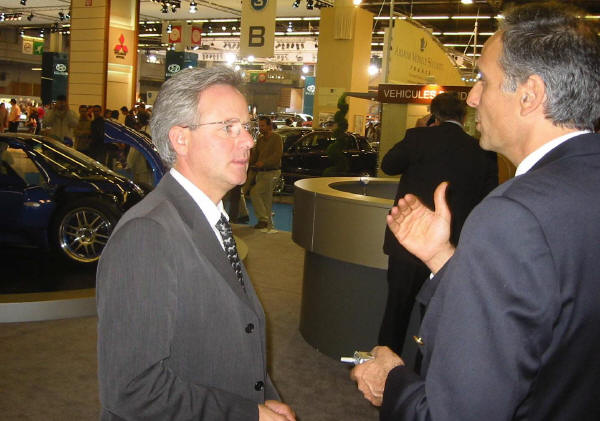 Collaboration was very close and constructive, as creative passion prevailed in the motivations of the Argentine designer. The adventure of the first year was exciting, sirens of financial success, as often, insidiously changed that and unfortunately tarnished history.

Neldo Levy is also Architect, not hesitating to get on its sites, using a Maserati Bora, a small berlinetta Jidé, or Lamborghini Jarama, the daily experience is the source of true knowledge depth of these so different cars. 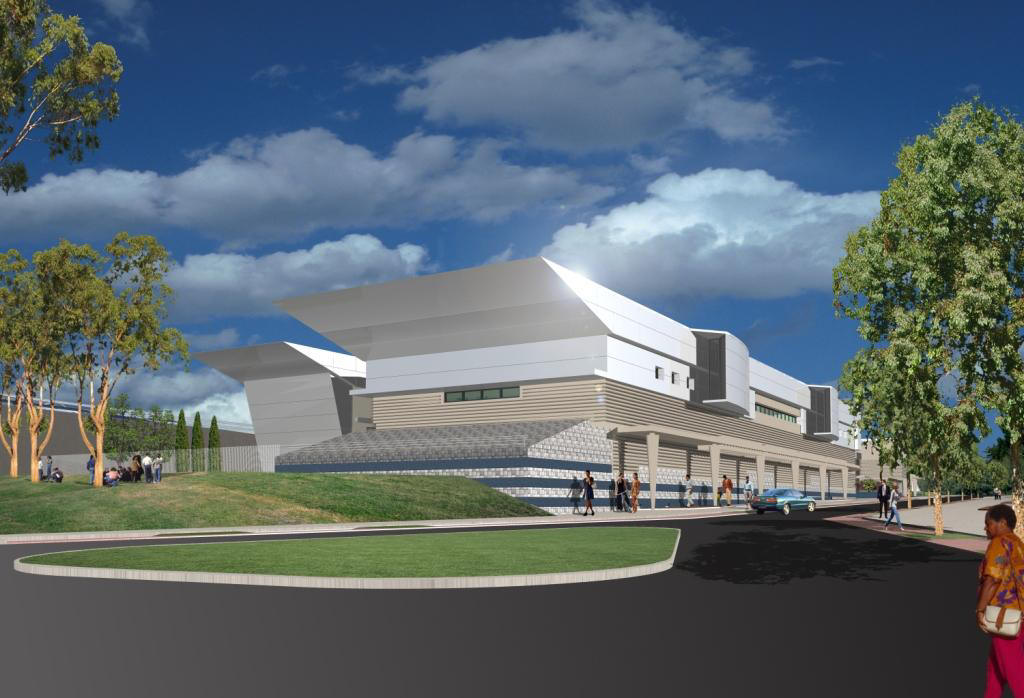 While developing its specialized in major project for large groups Architecture Agency, he possessed all the Lamborghini V12 models in its collection, and know thoroughly for having restored, cared, driven daily. He knows the old Lamborghini as few specialists in the world, including rare models (SVJ) or unique that it has negotiated for clients and friends, or owned. But his passion extends to many other rare brands and fascinating history.

Enthusiasts and discerning collectors know, there's nothing like unique, the rare copy, steeped in history, some cars has not to be missed when the opportunity come, and Neldo Levy heard about a possibility to  the acquire the famous CD-Panhard aligned at the 24 Hours of Le Mans in 1964 by Charles Deutsch and concluded the purchase of prototype Lamborghini Pregunta to those very people who had designed and built. Owned forever by virus collector, he continues to seek tirelessly rare and exceptional models of small-scale Scora the Aston Martin Le Mans. He is also an avid motorcycle, ancient and modern, and has personally acquired almost all models of the legendary brand Boxer-Bike, created by engineer Claude Fior, including of course the rare Moto Lamborghini. 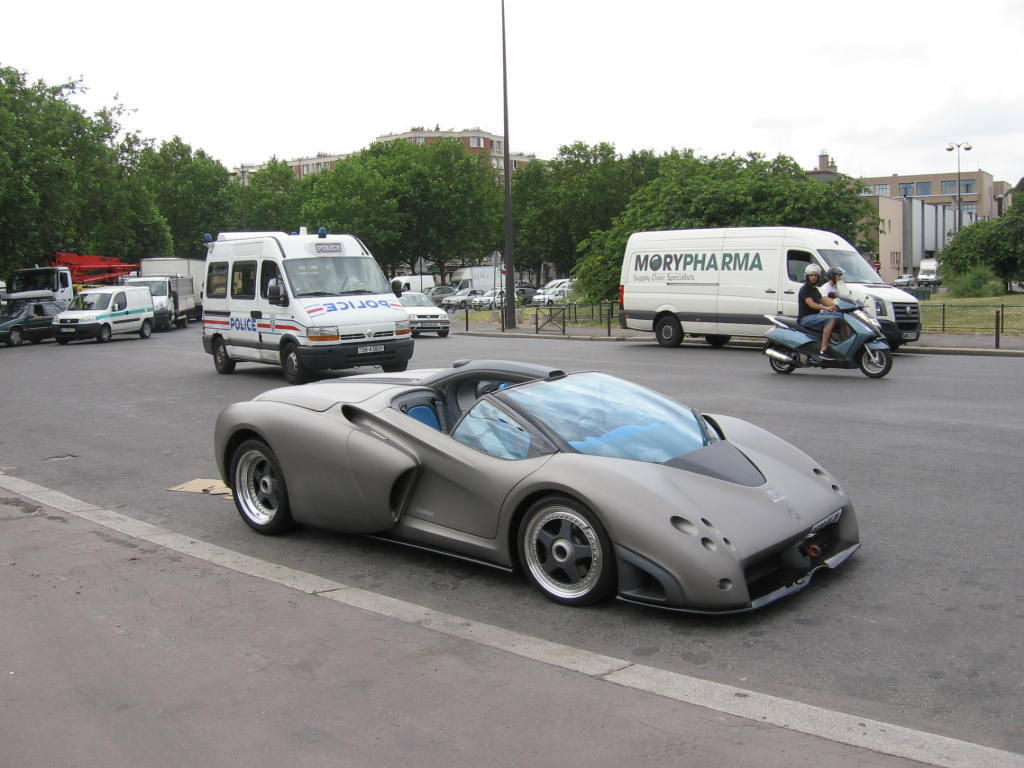 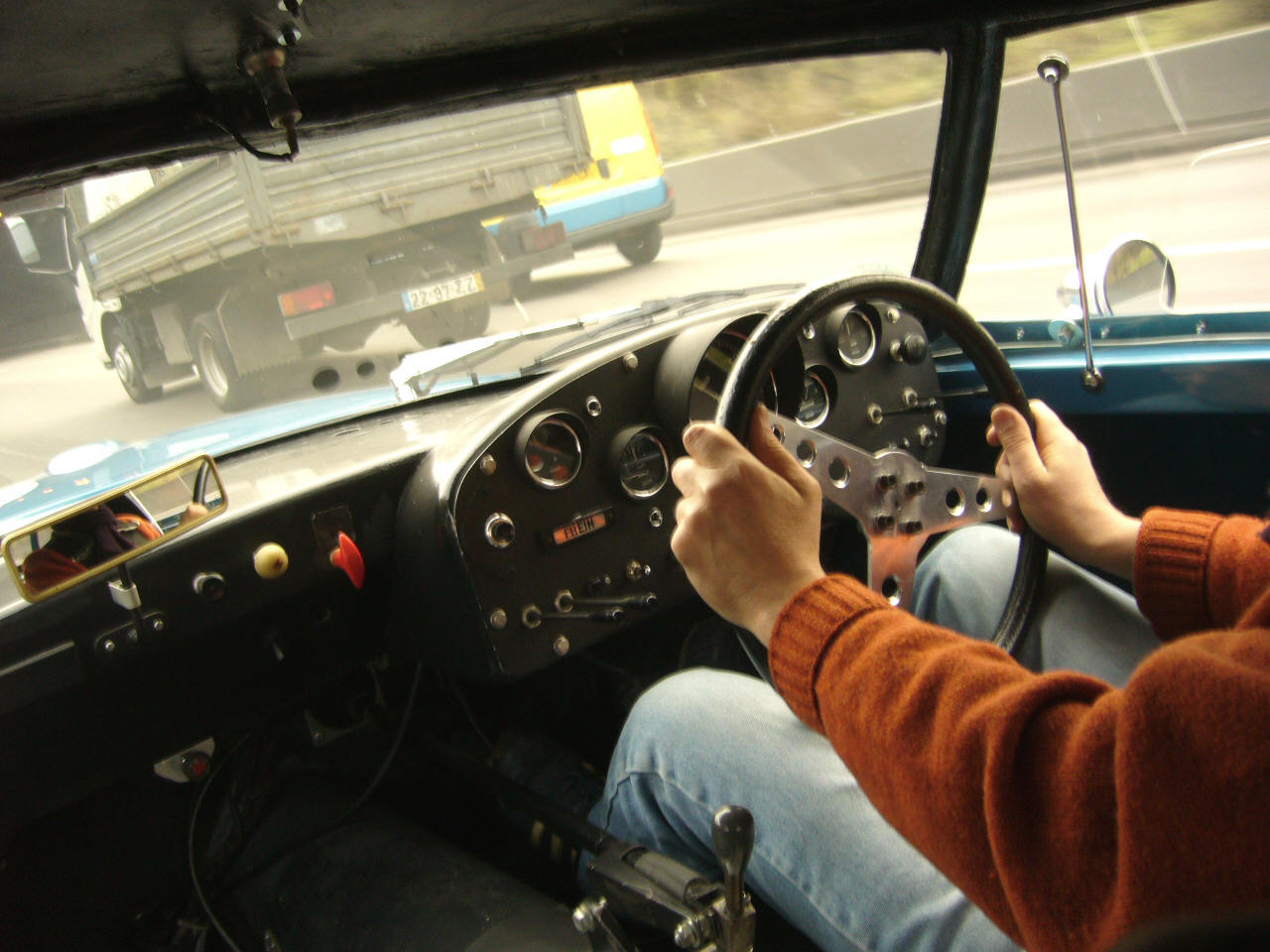 Pleasure of true Automobile, beyond the sadness of today's production cars, and speed cameras 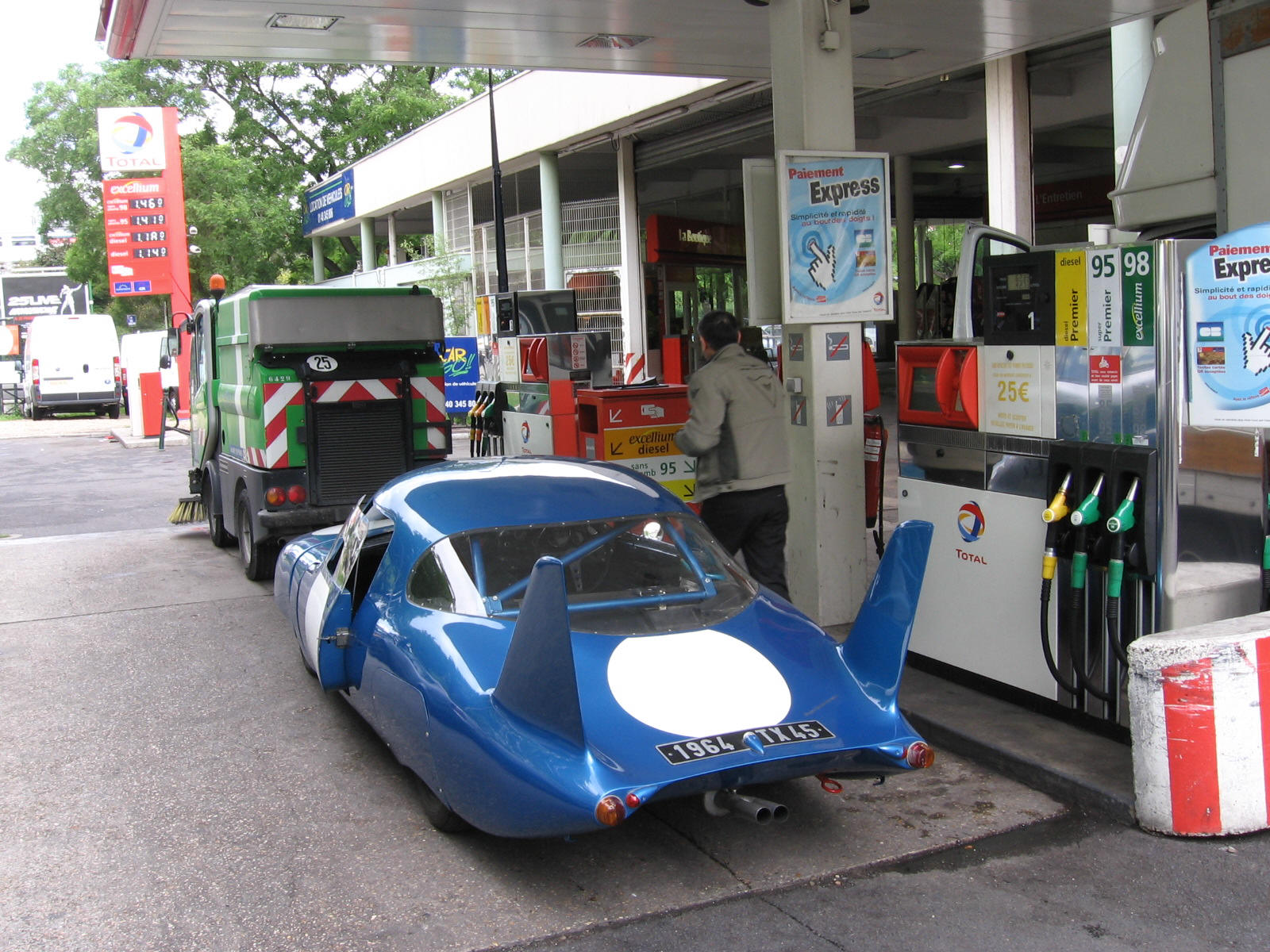 Neldo Levy does not hesitate to use Pregunta in Paris trafic, or the CD prototype Le Mans 1964, and we really enjoy the magic of these cars: living with these mechanical works, and to live - as a reminder of certain values ​​in today's world, that often overlooked.

Michel Levy is passionate about literature and art, professionally, he served as Director for HR and international firms, a member of the Italian Association for the History of the Automobile, he is the Creator of the Autodrome publication Bulletin and one of the staff writers on the basis of regular exchanges with players in the world of classic and contemporary cars.


It was initiated with his brothers in 1978 the creation of the Enterprise Architecture & Applied Physics, legendary for music lovers, who designed and produced in the 80's Hi-Fi devices pioneering the most efficient . Tonearm for vinyl Goldmund T-3 electronically controlled, the turntable "Studio" direct drive floating suspension and the preamplifier measurement Goldmund Classic, were in the 80s among the best devices High Fidelity presented including the CES in Las Vegas and Chicago. The Goldmund brand (sold from a Swiss Group), today remains the leader in the Hif-Fi exception. 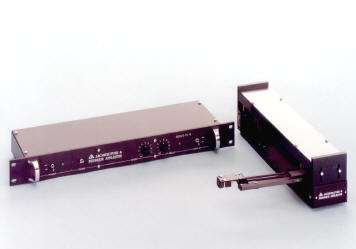 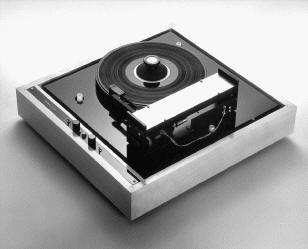 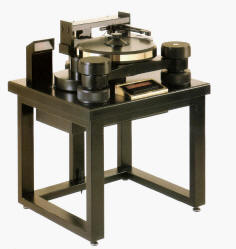 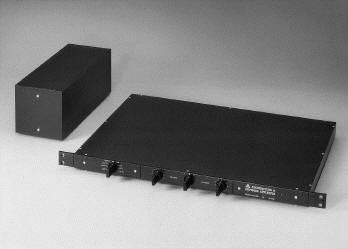 From Left to Right.: the tonearm, electronic controlled Goldmund T3, mounted on the plate Goldmund Studio, and the Goldmund Reference turntable and preamplifier measurement Goldmund Classic. The goal was the pursuit of perfection for playing vinyl records. The design of the devices is signed Claude and Neldo Levy. 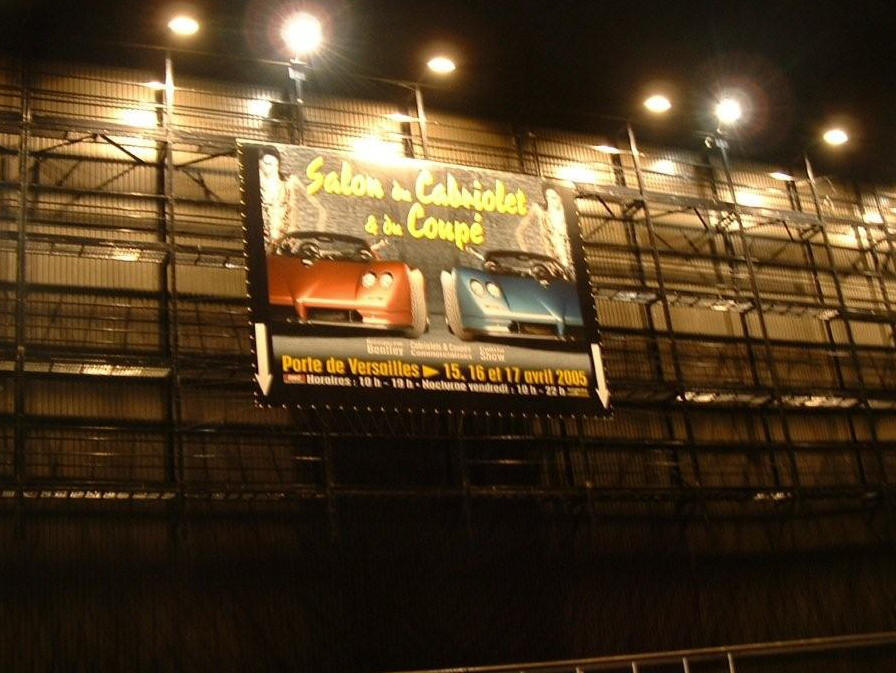 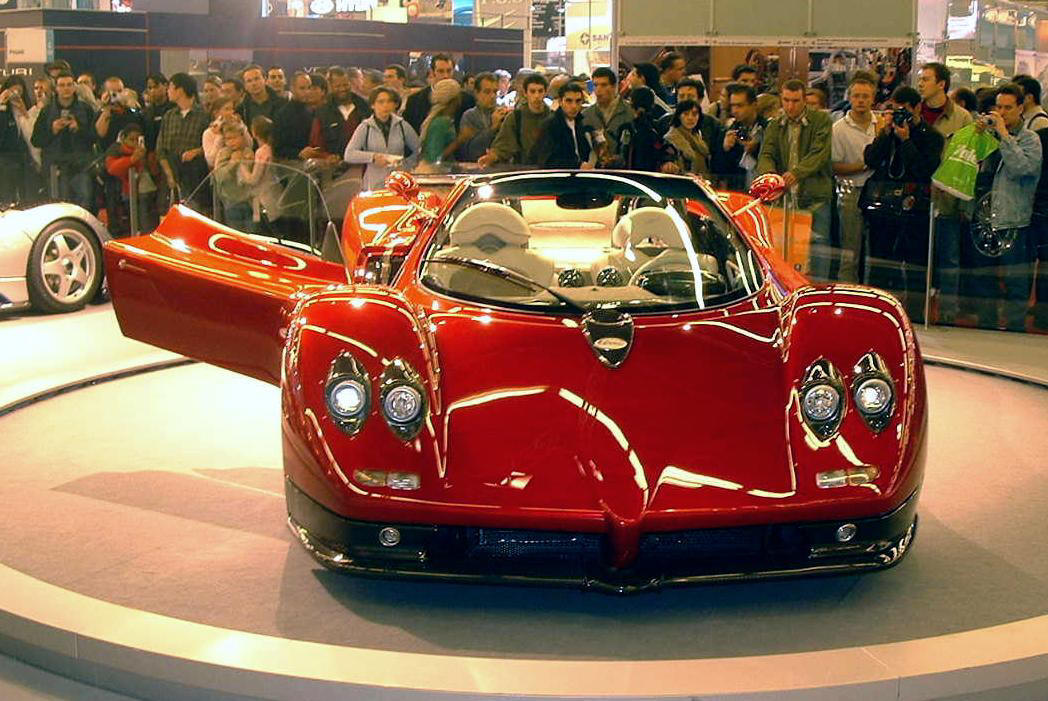 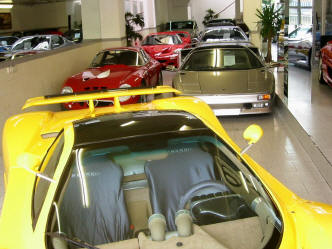 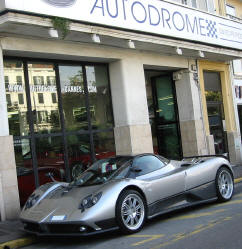 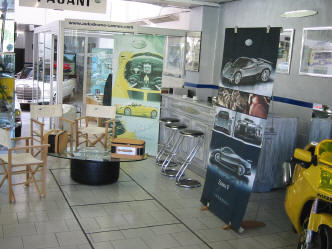 Autodrome  Show Room, located in  the center of Cannes

Left, the first Pagani production car, a C12 with a 6-liter V12 engine, chassis # 03. It was first acquired as a demonstration car by AUTODROME, which was then sold to a French customer. In the center, a C12 S "factory."

The Showroom of AUTODROME in Cannes, hosted the most extraordinary automobiles, famous in the south of France and beyond. 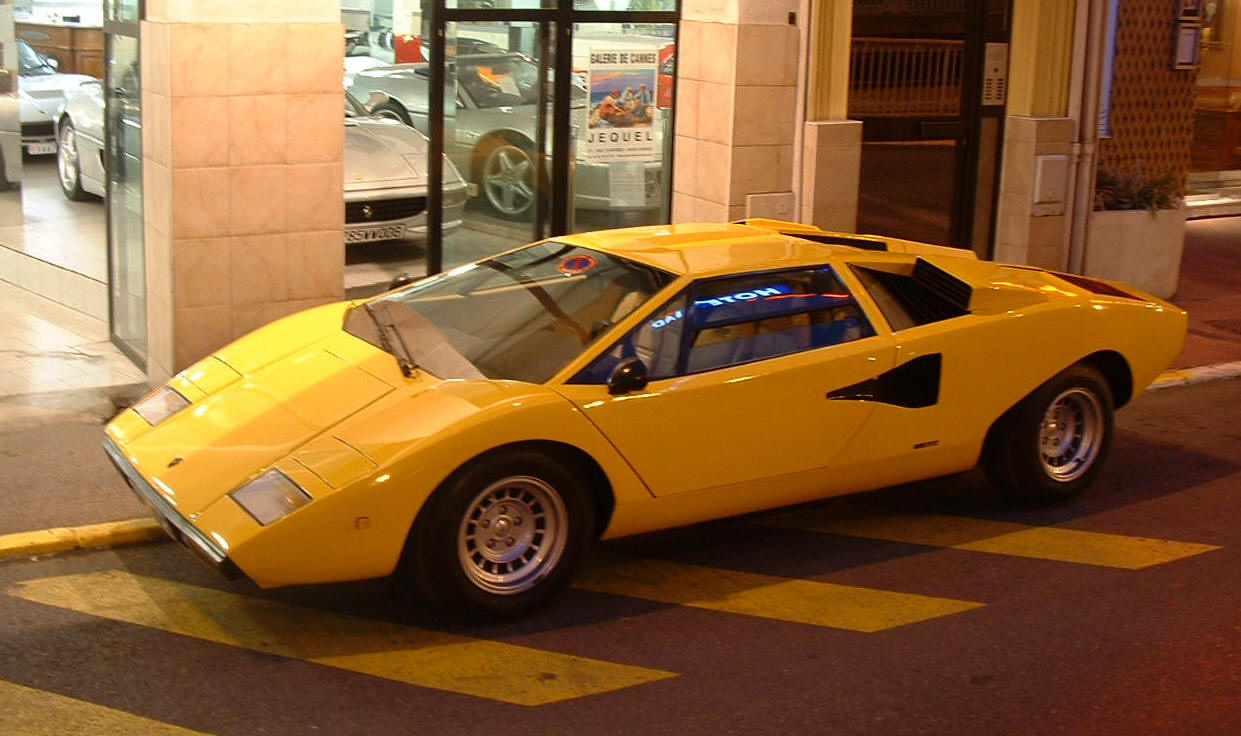 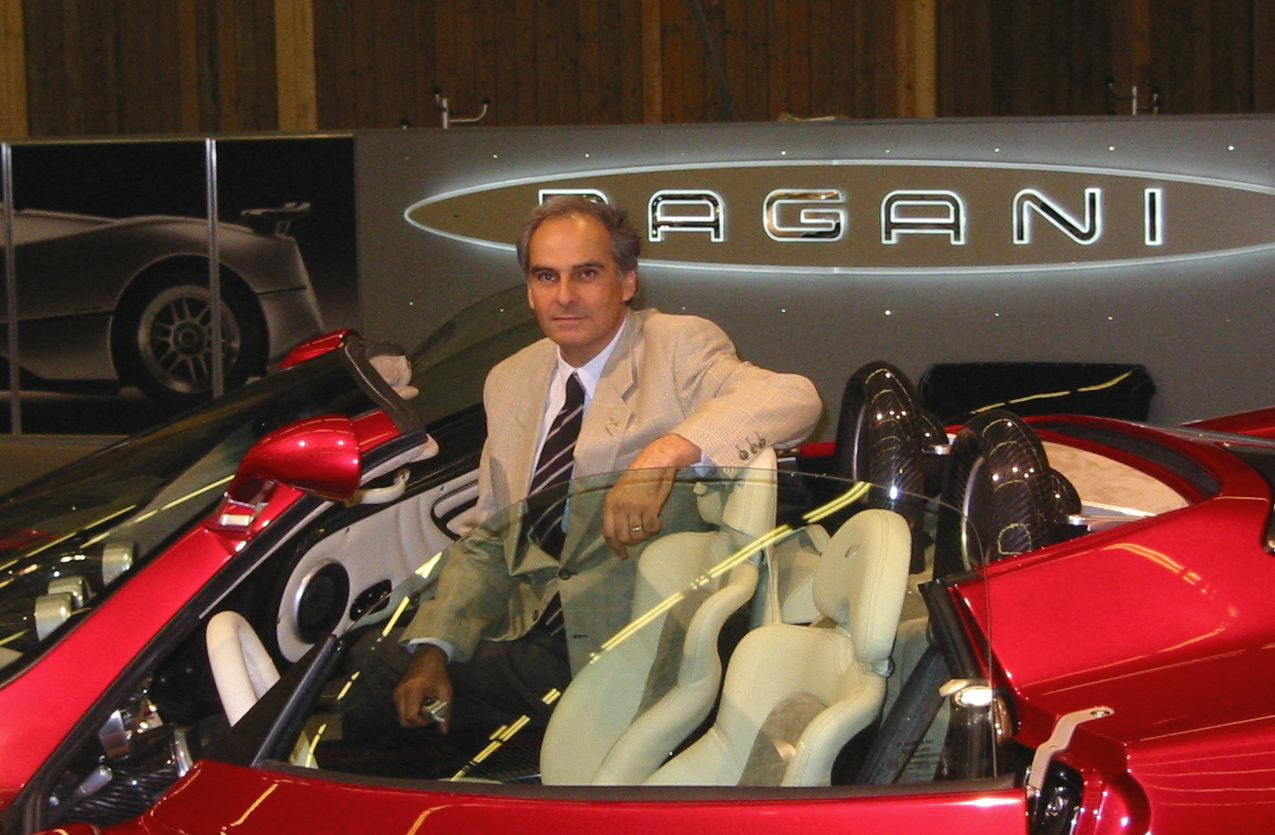 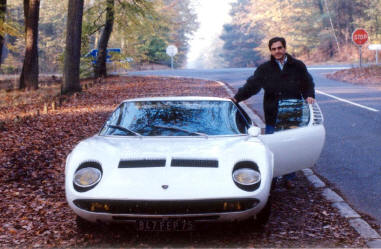 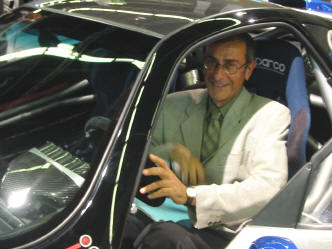 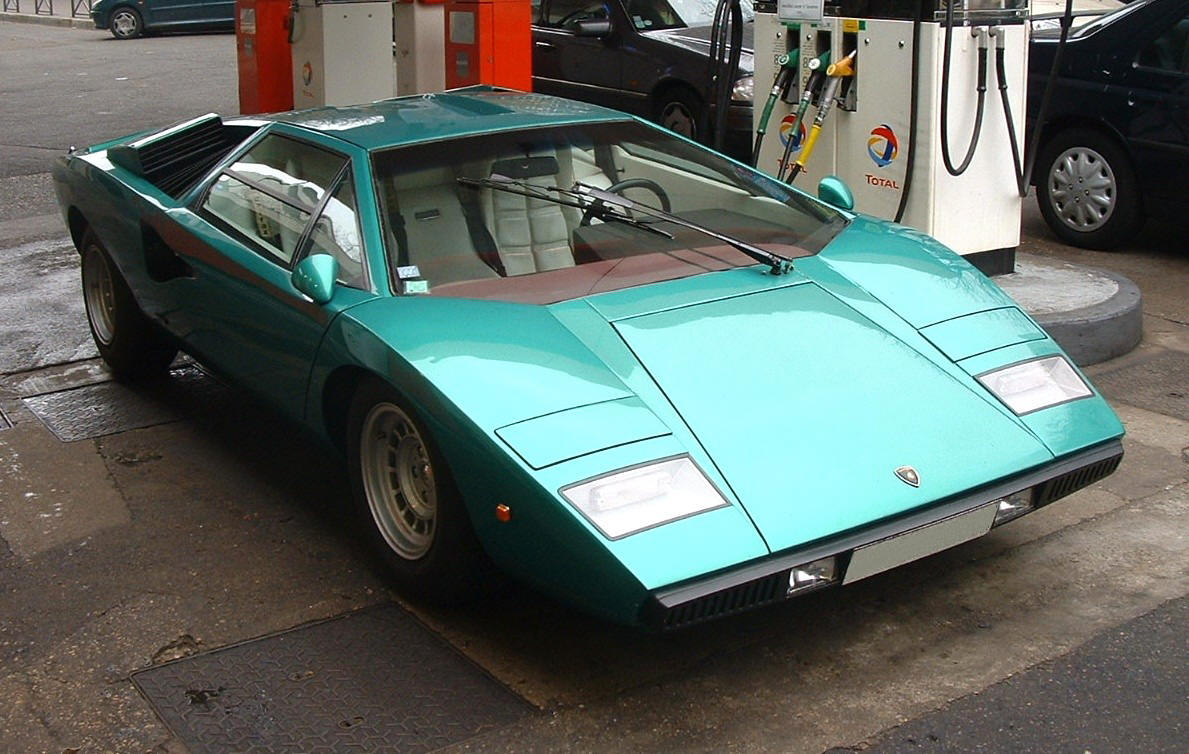 This Countach, perfectly usable, flies over the real, which is literally a childhood dream come true ... In the street, people do not believe their eyes. A bygone era? not quite